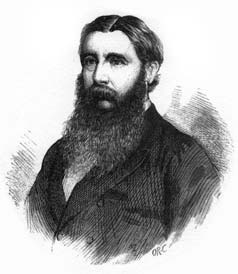 Between 1870 and 1876 around 5,000 people emigrated from Denmark, Norway and Sweden to New Zealand in conjunction with Julius (later Sir Julius) Vogel’s scheme linking the building of roads and railways with immigration.

This was as far as they could sail across the globe, on journeys lasting from three to four months. Government agents had led them to expect they would find arable land and constant sunshine. Instead, many were led inland until they reached the edge of towering rain forests, called ‘native bush’. Here was their home, unbuilt. To get supplies they would have to ford dangerous rivers. On the first day they wept, on the second they started work. There could be no going back. 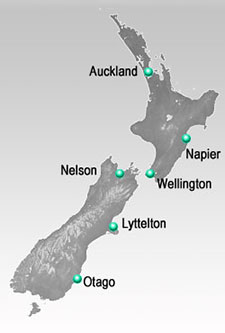 
Origins of Friends of Mauriceville

Friends of Mauriceville
In 2008 a newsletter circulated through the Mauriceville District. It started "Greetings, my name is Kay Flavell", She went on to say that over the next three years she would be working on piecing together stories and photos of the schools, families and farms of the Mauriceville and Hastwell districts.
However as descendants of early Mauriceville families are now spread throughout New Zealand she was proposing setting up a group called Friends of Mauriceville Incorporated (FOM) so anyone with an interest in these districts could be kept informed of ongoing projects and could contribute to or support them. Additional information about these early Scandinavian settlers is also available from the Masterton Archive.
In 2009 the first AGM of FOM was held at Pukaha Mt Bruce and our organisation has grown from there.
FOM was established as an umbrella group to to supplement existing groups in the district that were endeavouring to preserve and promote historical and Scandinavian cultural heritage, and promote communication between them.

Friends of Mauriceville Inc was set up as a charitable incorporated society in 2009. FOM is registered with the New Zealand Charities Commission as # CC38983. As a registered charitable incorporated society it is able to apply for grants for specific projects on behalf of these groups. The Scandinavian Trail website is maintained by Friends of Mauriceville Inc and is supportive of other groups including NZ Pacific Studio Inc., an international artist residency programme based in New Zealand and in Vallejo, California, USA.
FOM also supports Heritage Wairarapa, a community group formed to advocate for the conservation of heritage places in the Wairarapa, and Friends of ANZAC Memorial Bridge, which is an Incorporated Society formed with the aim of protecting and looking after a unique war memorial in Kaiparoro.

Other groups associated with FOM include: 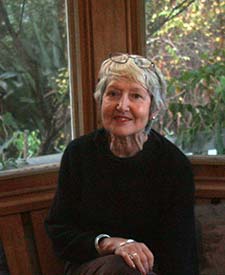 We owe a hug debt of gratitude to NZPS founder Kay Flavell for establishing FOM and encouraging us to become involved in researching and preserving the cultural heritage of the Mauriceville and Hastwell districts. She has edited two books for Friends of Mauriceville Inc.:

2. Rainbows over Mauriceville, which was launched at the Kopuaranga Hall in January 2013 and is currently out of print. The venue for this was appropriate, as the hall is across the road from the site of the Scandinavian Camp that was set up in 1872 for new immigrants.
The proceeds of these books will enable FOM to begin restoration projects and for additional signage to be established in the district.
You can read more of Kay’s story: "Danish & Norwegian connections: an extract from living in Kaiparoro" by Kay Flavell, here:

Aims of Friends of Mauriceville

The Current FOM Committee as of October 2021:

Existing members of Friends of Mauriceville, please pay your annual subscription of $10 into our bank account. For new members: we welcome your interest. If you wish to become a member, you can use internet banking and credit our bank account. Fill in the Membership Application Form below, save it and forward the completed PDF as an email attachment to the email address below, or print it out, fill it in and post it to the address on the form.

A revolving gallery of images of relevance to the area around Mauriceville, or relevant to the Scandinavian emigrants who settled there. Click any image to see a larger version. Click within the image anywhere to close it.

The following photos are shown below; 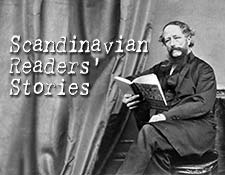 Send us your stories
Here you will find all of our past newsletters, plus records of the names of settlers in the Mauriceville region and contributions from Scandinavian Trail readers. Our website is a place for story-collecting and for increasing our collective knowledge of the lives of New Zealand's Scandinavian immigrant families and their descendants. We want to locate their stories in the wider New Zealand landscape, and increase awareness of the extent of Scandinavian settler contributions to the development of roads, railways, bridges, the dairying industry and home crafts on a local and a national scale.
It is also a place for exploring contemporary Scandinavian and New Zealand cultural issues. We are interested in developing Scandinavian--New Zealand conversations that may find new creative expression in music, fiction, poetry and film.
We welcome your contributions. If you have a story or pictures you'd like to share here, Send us a message via the Contact form below and we'll be in touch.

We have attached PDFs showing the names of people buried in the Mauriceville area. If you have ancestors buried in the wider region around Mauriceville, you may be able to locate them using the Tararua District Council's cemetery search.

Below you will find stories submitted by individuals with memories, thoughts poems etc about the Scandinavian influence past and present. These memories may differ from published material but they rely on the individual's memory and story, so we're not saying that anyone is right or wrong. We have also attached PDFs showing information and contact addresses for other groups in and around the area.

Click on the PDF icons below to either view the chosen PDF document in your browser, or download it to read later.

Copies of the FOM Newsletter, from Nov 2008 until the present.

A collection of Scandinavian settler's names from cemeteries around the Mauriceville area. Mouse over the respective PDF icons for a full description of the file contents.

Miscellaneous documents that don't fit in to the preceding categories.